This Used to be a Warehouse?

When industrial product gets old, don’t shed a tear. Redevelopment possibilities are endless, and the trend’s catching on in Bedford Park. (Who hasn’t stood in a refrigerated storage unit on a hot summer’s day and said “You know, I could live here.”) 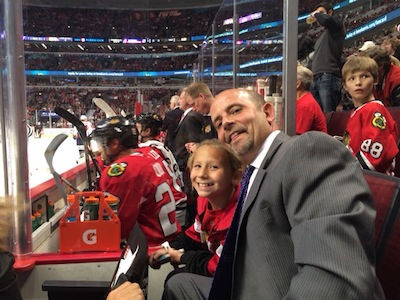 A venture including Sitex Group just sold 30 acres, the site of a former 1.2M SF multi-story industrial complex, to the City of Bedford Park and Reavis High School, NAI Hiffman EVP Larry Much tells us. He brokered the deal, located just south of Midway Airport at 5401 W 65th St, with NAI Hiffman EVP Mark Moran. Snapped at the Hawks home opener with his daughter Devyn, Larry says this demolition and land sale is indicative of a larger trend of outdated industrial product being torn down for redevelopment or alternate uses. In this case, the city envisions a possible combination of retail and industrial, viewing control of the site’s future as a means to boost commercial business around town. 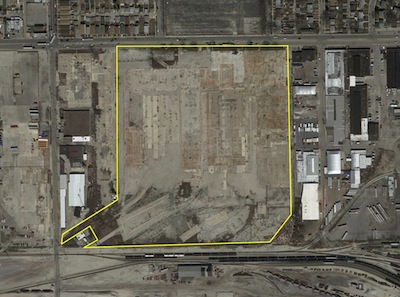 The Sitex venture decided to demo the six-story behemoth (purchased from Richman Asset Management) three years ago, as its efficiency for an industrial user had clearly diminished. The raw land fell victim to the downturn for a time, but it’s become a good opportunity to re-gentrify as well-located large swathes of land prove harder to come by, Larry says. Another industrial makeover: Edward Don’s former HQ at 2500 N Harlem Ave in North Riverside, he notes. Given the 350k SF industrial building’s poor condition, the owner sold a portion of the land to Costco (the new store is slated to open in November), leaving out lots for additional retail on site.