Want to improve your workplace? NAI Hiffman did, by listening to employees 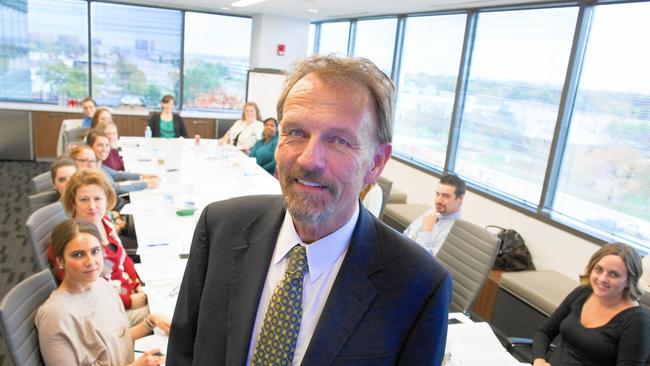 Dave Petersen, CEO of NAI Hiffman, a real estate brokerage in Oakbrook Terrace, was surprised when his company didn’t make the top 100 in 2012. So he changed things. (James C. Svehla / Chicago Tribune)

NAI Hiffman participated in the Tribune’s Top Workplaces survey for the first time in 2012. To the surprise of its chief executive, it did not make the Top 100.

“I really thought we were doing better than we were,” said CEO Dave Petersen.

So this is what the leadership team at the Oakbrook Terrace-based real estate company did: It listened.

Company executives gathered around a conference room table and went over the employee surveys, which revealed that people felt they didn’t know what was going on in the company, communication was lacking and benefits needed improvement.

In response, NAI Hiffman made changes that may not be groundbreaking but have given a measurable boost to employee engagement. Among them: It increased the 401(k) match, gave employees Presidents Day off, loosened the dress code to business casual, and put free soda and bottles of water in the refrigerator.

Employee comments about the quality and cost of their health insurance spurred the company to find better plans, lowering premiums and improving coverage.

“It was good to get slapped in the face and do something about it,” Petersen said.

NAI Hiffman has been a top workplace ever since, in 2013, 2014 and this year, when it ranked 16th among small companies and saw a 6 percent jump in its positivity score, according to Exton, Pa.-based WorkplaceDynamics.

“It really changed the course of the company,” Whitney Kannaka, director of marketing, said of the attention the company paid to the surveys. “It kind of shifted the whole culture of the company when they saw the leadership is listening.”

Another positive shift was the move in April to new office space, just two floors down but with a new vibe. The more open configuration has a big lounge-like kitchen where employees stay late to watch Cubs or Blackhawks games together, and glass-encased offices and lower cubicle walls that let employees see each other and feel more connected.

“I think it’s a literal and figurative comment to bring the walls down,” said Michael Flynn, executive vice president. 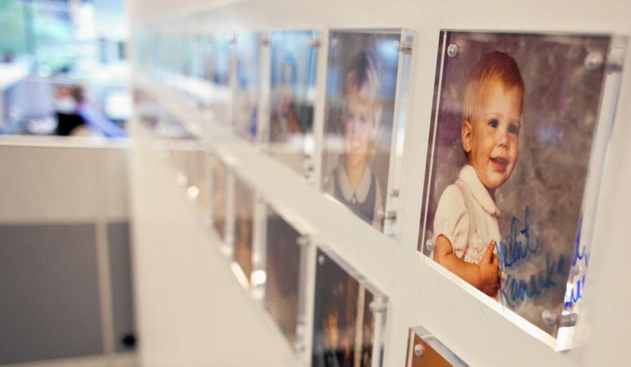 NAI Hiffman, founded in 2000, has 150 employees who help retail and industrial clients buy, sell and manage their properties in the Chicago region, which extends from northern Indiana to southern Wisconsin. The commercial real estate brokerage manages about 350 buildings with more than 50 million square feet, primarily in the Chicago suburbs.

It is independently owned but is one of more than 375 brokerages in the NAI Global network.

One notable change NAI Hiffman made in response to the survey feedback was to change how it communicates closing deals and the status of the business. It used to send occasional email updates containing bits of news. But that only added to overflowing inboxes.

Now everyone in the company gets a text message as soon as someone scores new business or there is a company change. It also showcases good news on the “Trusted” wall, posting letters from clients praising specific employees.

Hearing employees’ desire for better work/life balance, the company opted not only to give Presidents Day off but also got creative with flexible summer hours. Two employees in similar roles are teamed up and given alternating Fridays off, provided they come in an hour earlier the rest of the week.

Petersen said he looks forward to getting the surveys back each year “to see are we really reading the tea leaves accurately.” He has noticed people are more willing to knock on the door to offer ideas now that the company has sent a message that it listens.

Lauren Fishbune, a marketing manager who started three years ago as an intern, said she likes feeling more in the loop about company news. The move out of the old office, which was “so dark and closed off,” has made work more fun, she said.