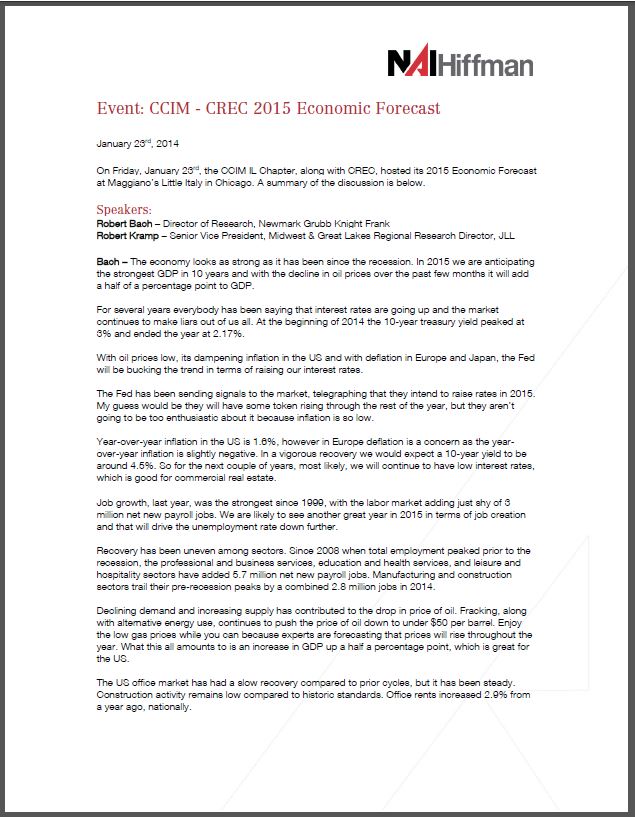 On Friday, January 23rd, the CCIM IL Chapter, along with CREC, hosted its 2015 Economic Forecast at Maggiano’s Little Italy in Chicago. A summary of the discussion is below.

Bach – The economy looks as strong as it has been since the recession. In 2015 we are anticipating the strongest GDP in 10 years and with the decline in oil prices over the past few months it will add a half of a percentage point to GDP.

For several years everybody has been saying that interest rates are going up and the market continues to make liars out of us all. At the beginning of 2014 the 10-year treasury yield peaked at 3% and ended the year at 2.17%.

With oil prices low, its dampening inflation in the US and with deflation in Europe and Japan, the Fed will be bucking the trend in terms of raising our interest rates.