For Young Eagle, Passion Plus Encouragement Led to Career in Aviation 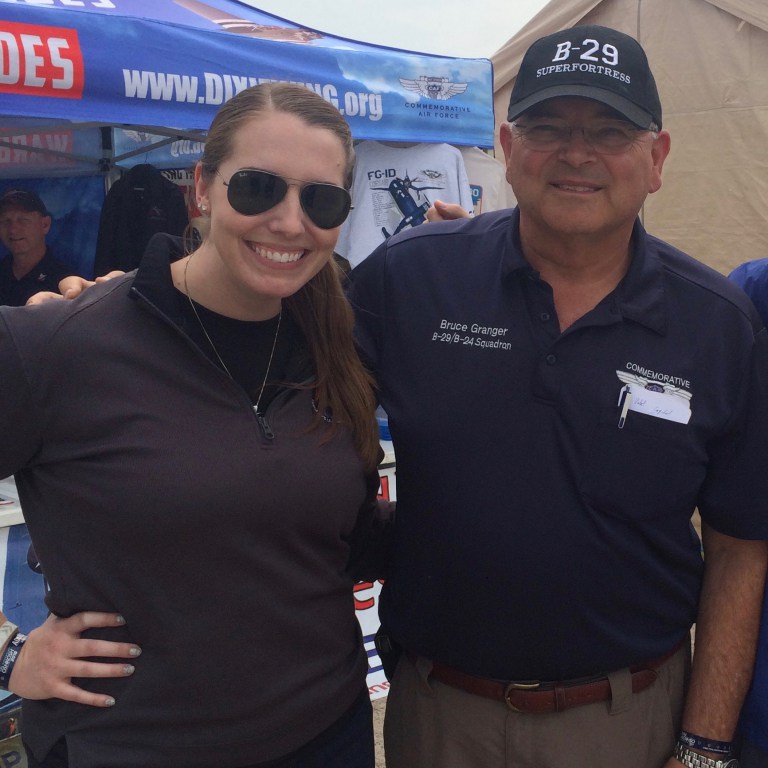 In celebration of the 25th anniversary of the EAA Young Eagles program in 2017, the EAA is featuring 25 Young Eagles whose stories inspire and exemplify the impact of the program. In the story below, Julia Harrington cites her first plane ride in a small aircraft with her dad’s friend, Bruce Granger (Senior VP with NAI Hiffman’s Industrial Brokerage group), as one of the moments that started her on the path to a career in aviation.

“Julia’s dad and I are long-time friends. When she was just a kid, I gave Julia, her dad, and brother an airplane ride down to Chicago, flying along the Eisenhower expressway. We flew up and down the lakefront and then back out west. I let Julia sit in the copilot seat because she was so excited about going for an airplane ride. I let her take the controls for awhile and she did a great job for her first time. Fast forward to today and she is flying jets for a charter service out of Madison, Wisconsin and playing an active role for Women in Aviation. It’s hard to believe that an airplane ride I gave her as a kid helped direct the trajectory of her life!” – Bruce Granger

Featured on the EAA Blog

For 25-year-old corporate charter pilot Julia Harrington, EAA 780534, an enthusiasm for aviation is in her blood.

“[My dad] is an aviation enthusiast. Just always loved airplanes,” she said. “He’s always just wanted to be around it so he’s always had a couple of friends he made from going to AirVenture without me.”

Julia said growing up she frequently asked her dad to take her along on trips to Oshkosh for AirVenture and he finally agreed to bring her along when she was 8. Three years later, she took her first ride in a small aircraft with a friend of her father, Bruce Granger, who was a Young Eagles pilot and started on the path to a career in aviation.

“It was definitely a turning point because I’d never been in a small airplane before,” she said. “I do remember my first AirVenture I was watching Patty Wagstaff fly and I was like, I definitely want to be a pilot in some capacity. I just didn’t know that it would end up being my career.”

While attending the University of Illinois, Julia said she first began to consider a career in aviation.

“My plan was to major in journalism and minor in aviation and after my first solo flight that’s when I knew,” she said. “There’s nothing I enjoy, there’s nothing that fuels my passion as much as this. It had to be what I would dedicate all my time and energy to.”

After college, Julia participated in an intern program offered by Cessna at the time that allowed her to fly all over the country sharing her love of aviation with others including a few Young Eagles.

Although she was born with aviation in her blood, Julia said the connections she made through the Young Eagles program were a great help in getting her to where she is today.

“First of all, the network of pilots. My dad’s friend, I’m actually still in communication with him now and he’s been a big encouragement for me in my career progression moving forward,” she said. “And then just seeing all of the other people who were going through the Young Eagles program and then using it to turn it into a career was inspiring.”

Julia encouraged future aviators not to give up on their dreams even when achieving them seems impossible.

“[Aviation’s] not necessarily the easiest because there’re usually some type of challenge in terms of either money or time but don’t let that stand in your way because there are so many different resources to help overcome those obstacles,” she said. “It can be challenging but it is the most rewarding thing to conquer.”