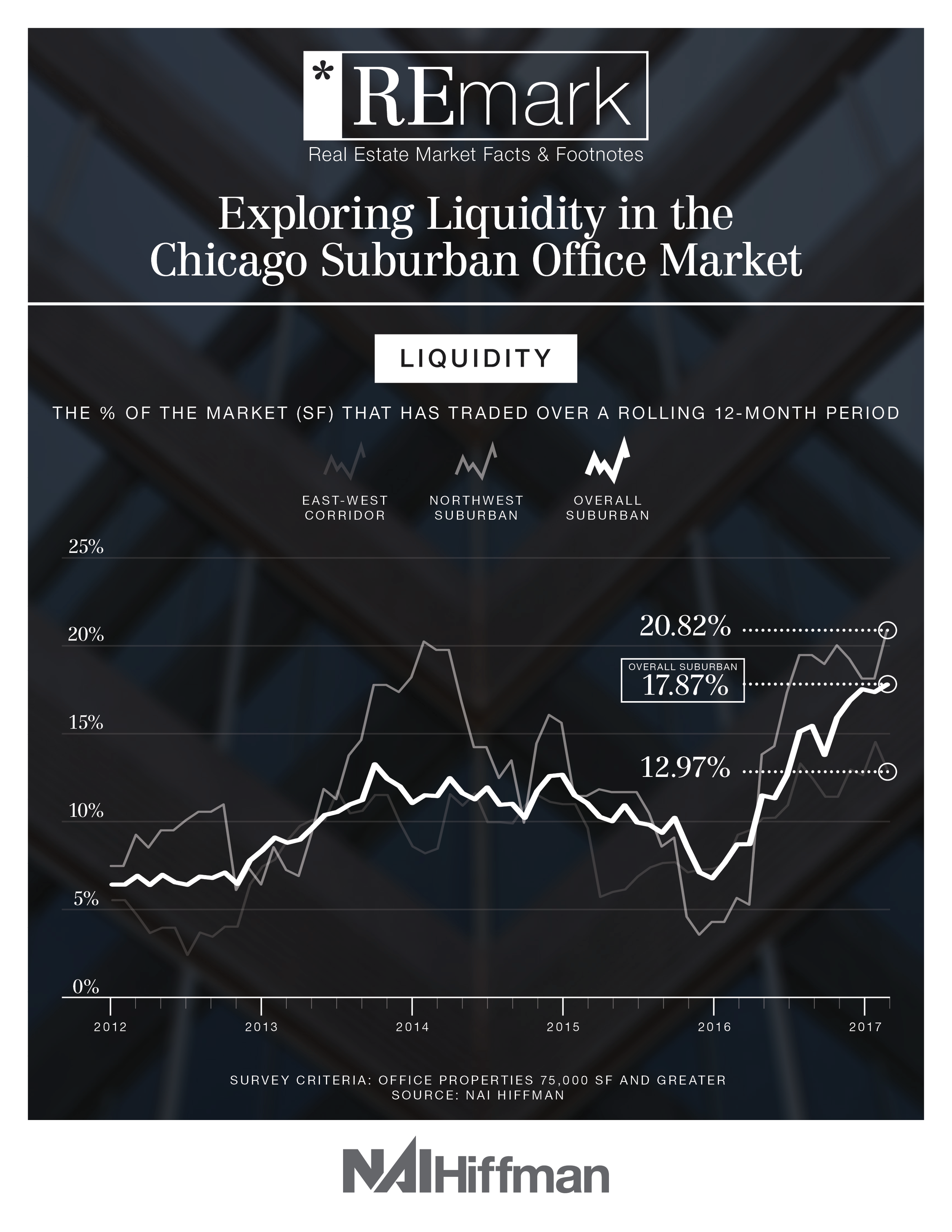 Post-recession investment activity started to increase in the 4th Quarter of 2012 and began to taper off in the latter half of 2015. Since liquidity hit a low of 8.66% in April of 2016, investment activity has increased substantially to the current rate of 17.87%. More square footage has traded in the past 12 months than at any point since the recession.