In our latest REmark, we examined the gap between the vacancy and availability rate for each submarket in Chicago. “Vacant space” is unoccupied, while “available space” reflects speculative construction underway, including anticipated inventory due to departing tenants. If this gap is increasing, then supply is outpacing demand. If the rate is decreasing, then demand is outpacing supply.

We surveyed each Chicago industrial submarket from 2012 to today. During that time period, the average spread was 2.9%, representing the 5-year equilibrium between vacant and available space.

Leasing activity picked up dramatically at the end of 2012, which caused the spread to drop significantly. As overall vacancy continued to drop, developers recognized a need for new space and construction activity began to increase in 2014 and 2015. 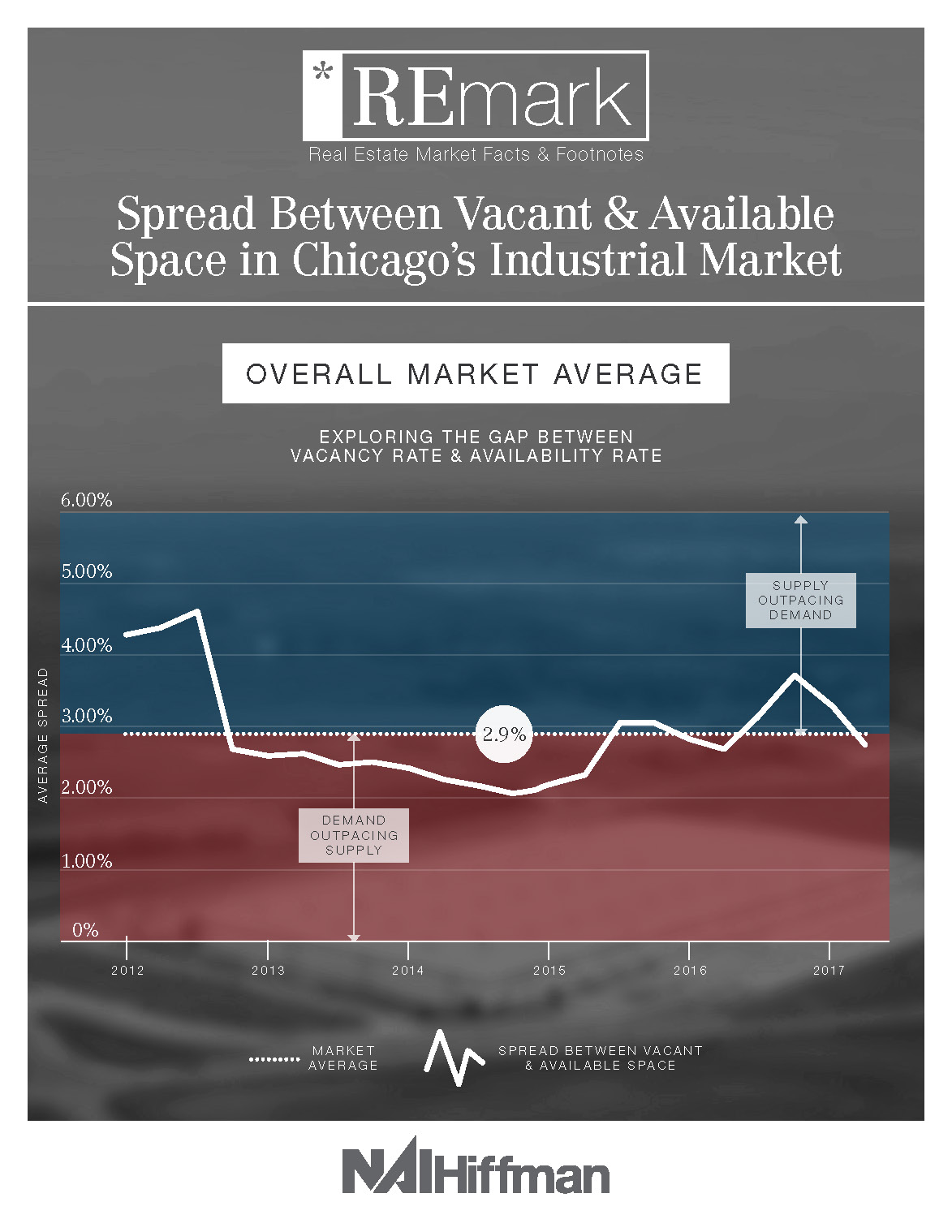 Below, we take a closer look at the performance of the 5 submarkets that have received the most post-recession new construction. 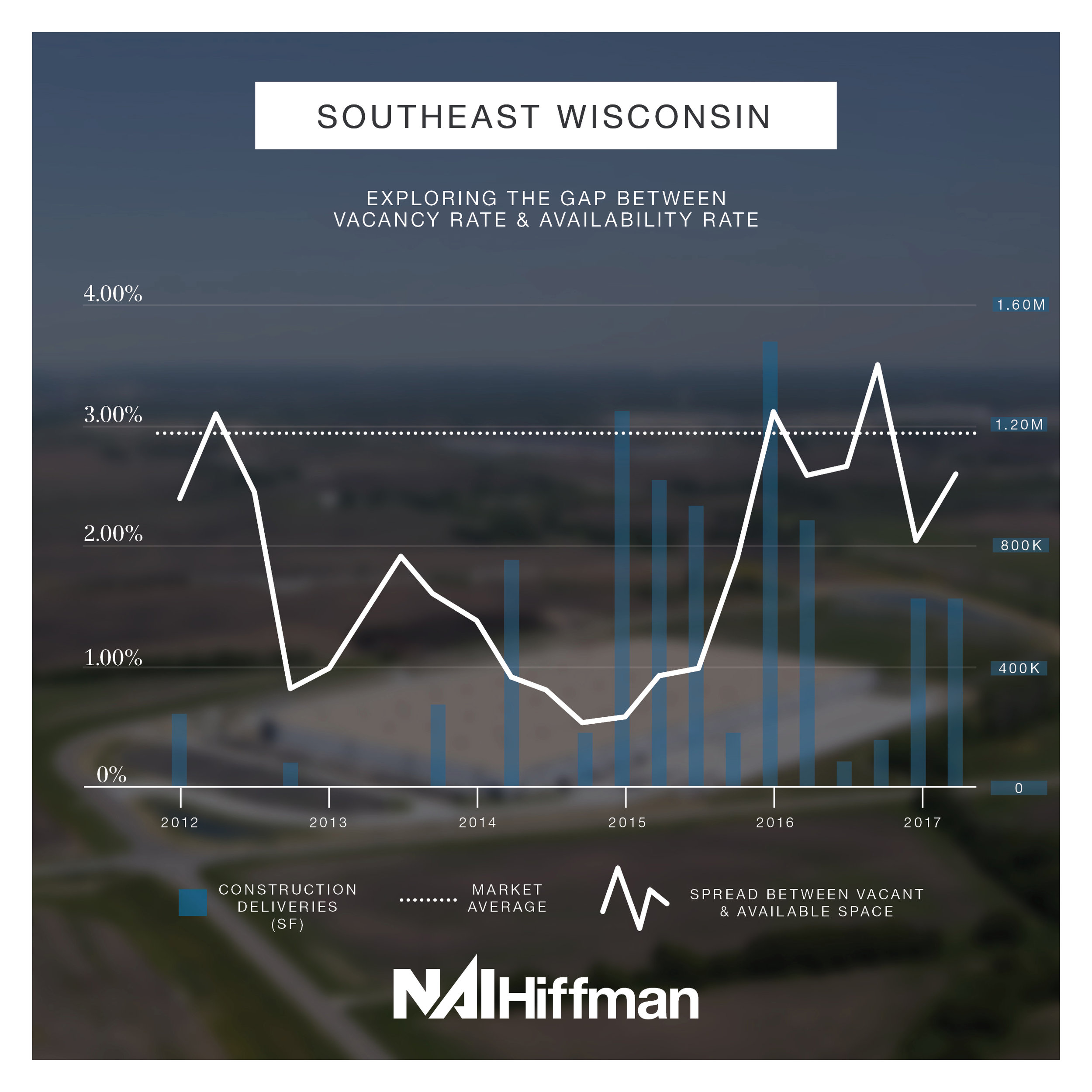 Southeast Wisconsin – Demand began to outpace supply in mid-2012 and developers realized the need for new construction. Deliveries picked up in 2015-2016 and, since the drastic drop, the spread has hovered near the market average for the past 18 months. 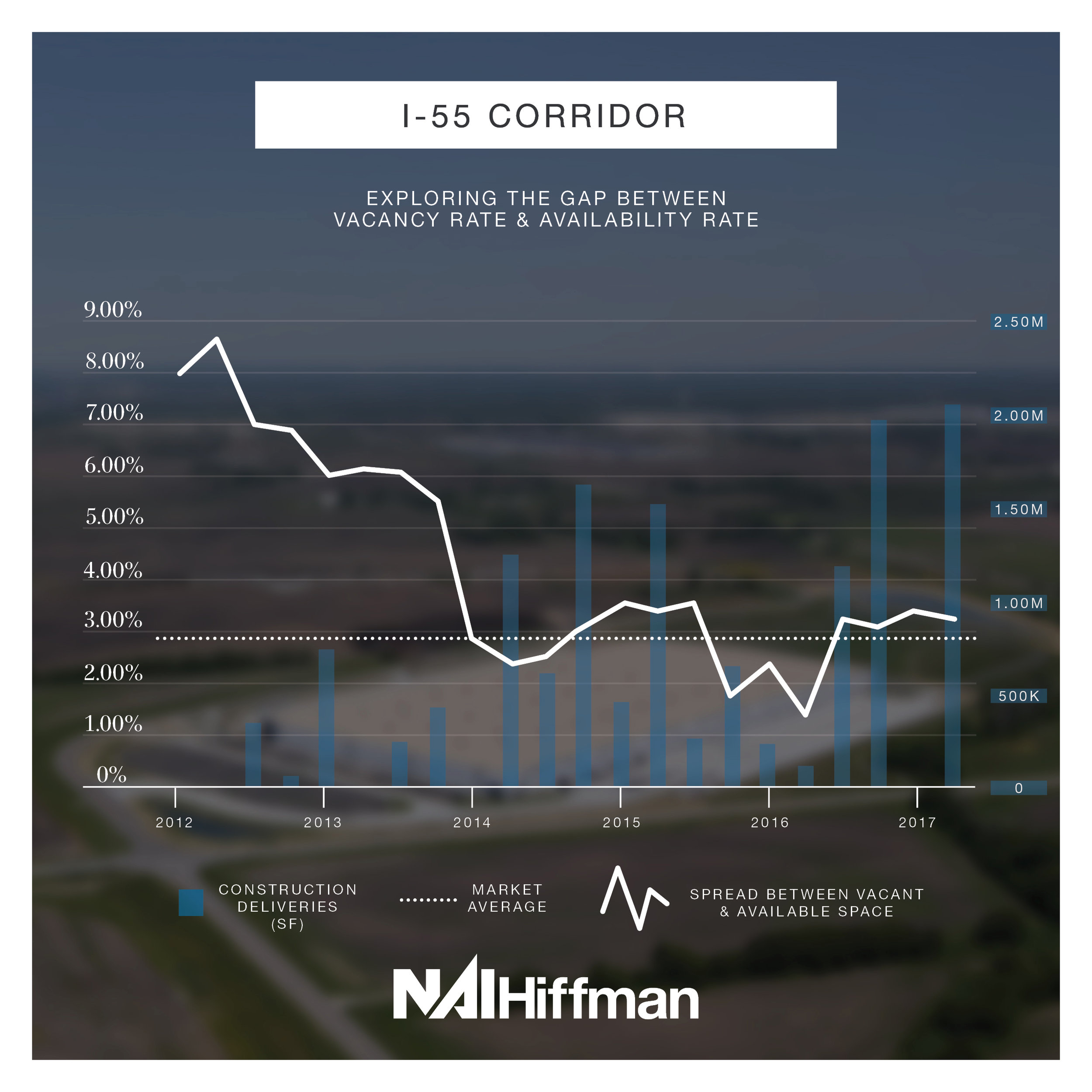 I-55 Corridor – Of the 5 submarkets listed, the I-55 corridor recorded the highest spread in 2012, but has gradually dropped and continued to hover around the market average since 2014. 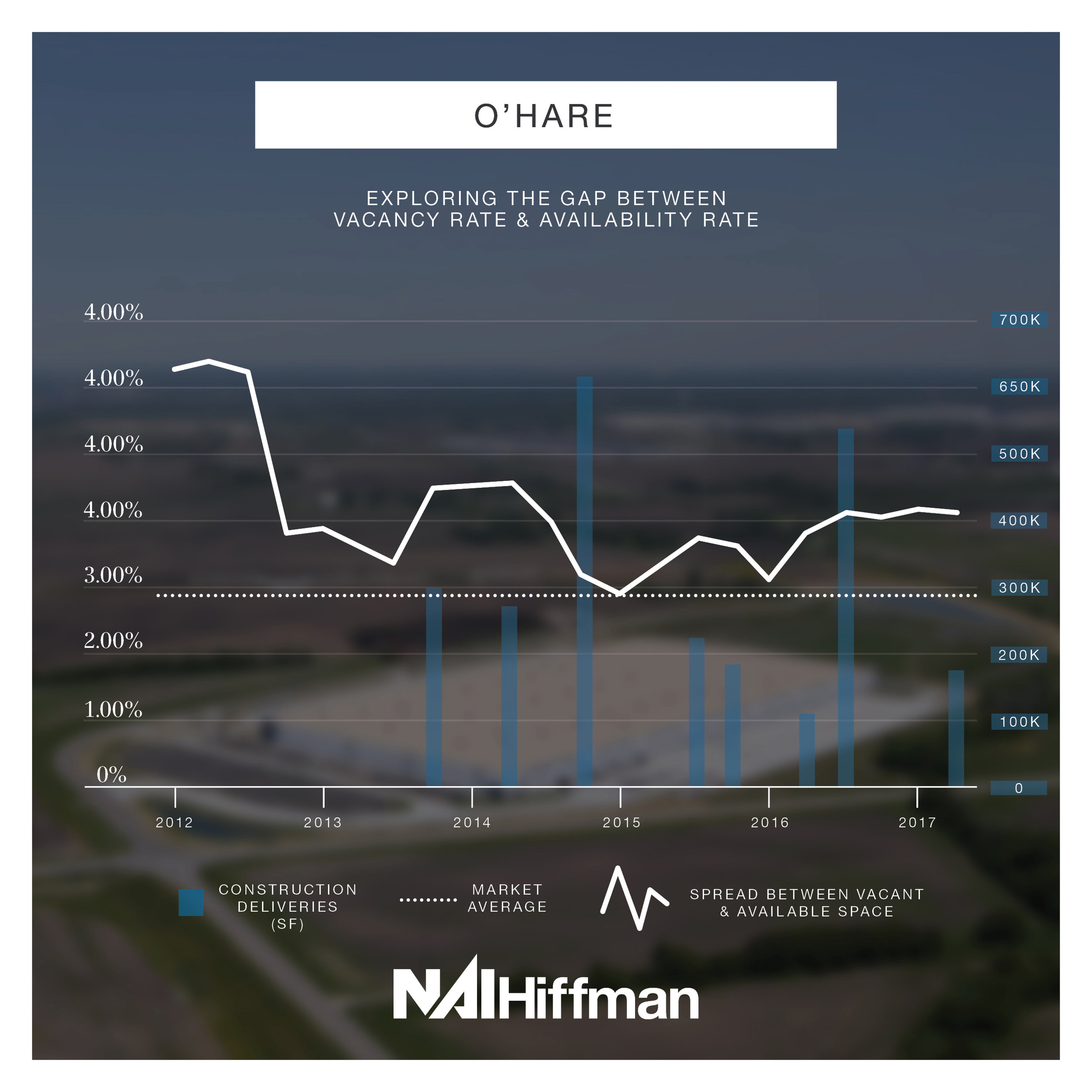 O’Hare – The O’Hare submarket spread has remained above the market average since the beginning of 2012. Even with strong leasing activity, the amount of functionally obsolete space in the submarket keeps the availability rate high. 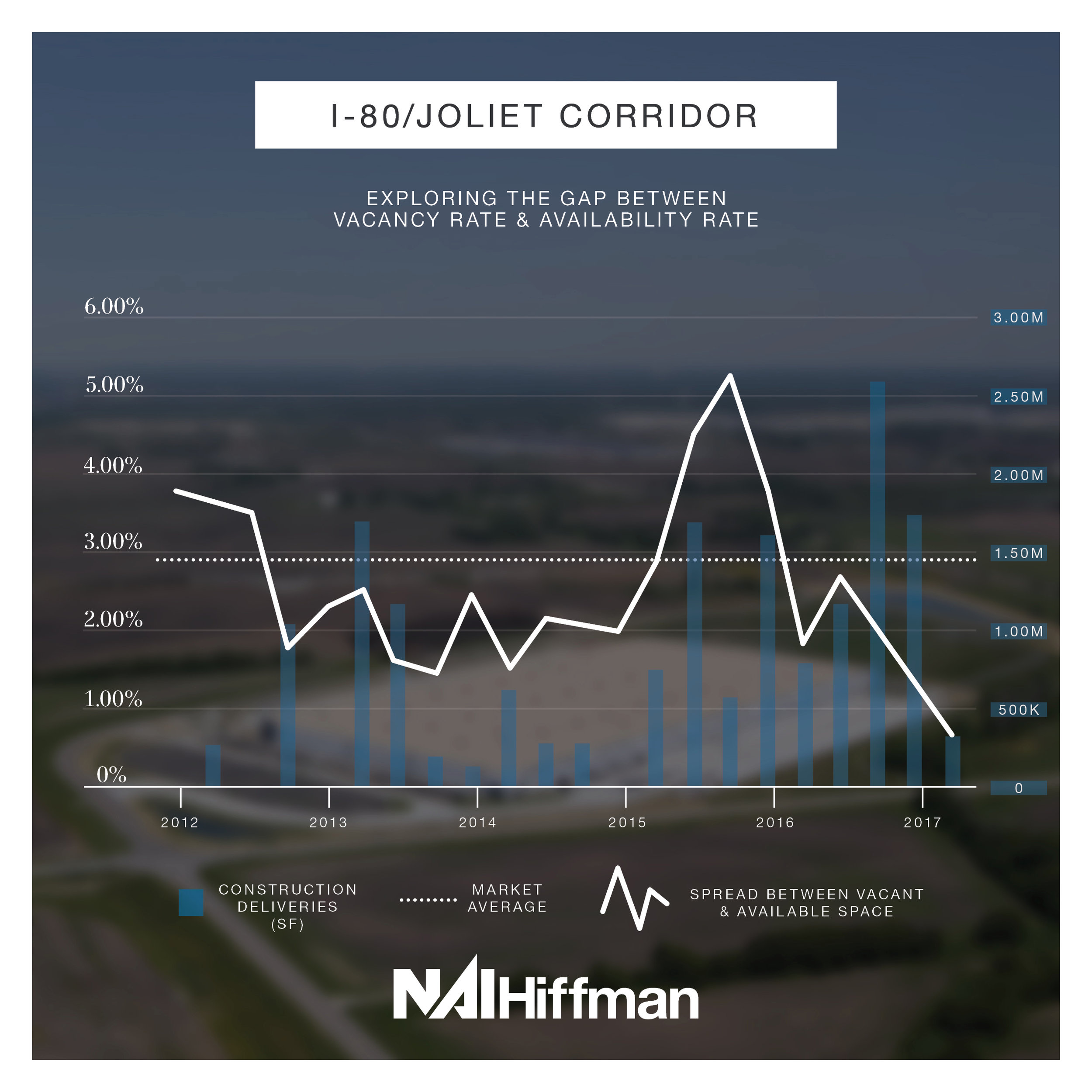 I-80/Joliet Corridor – Construction deliveries picked up in the I-80/Joliet corridor at the beginning of 2015 and, since then, the demand has drastically outpaced supply with strong leasing activity for the past 6 quarters. 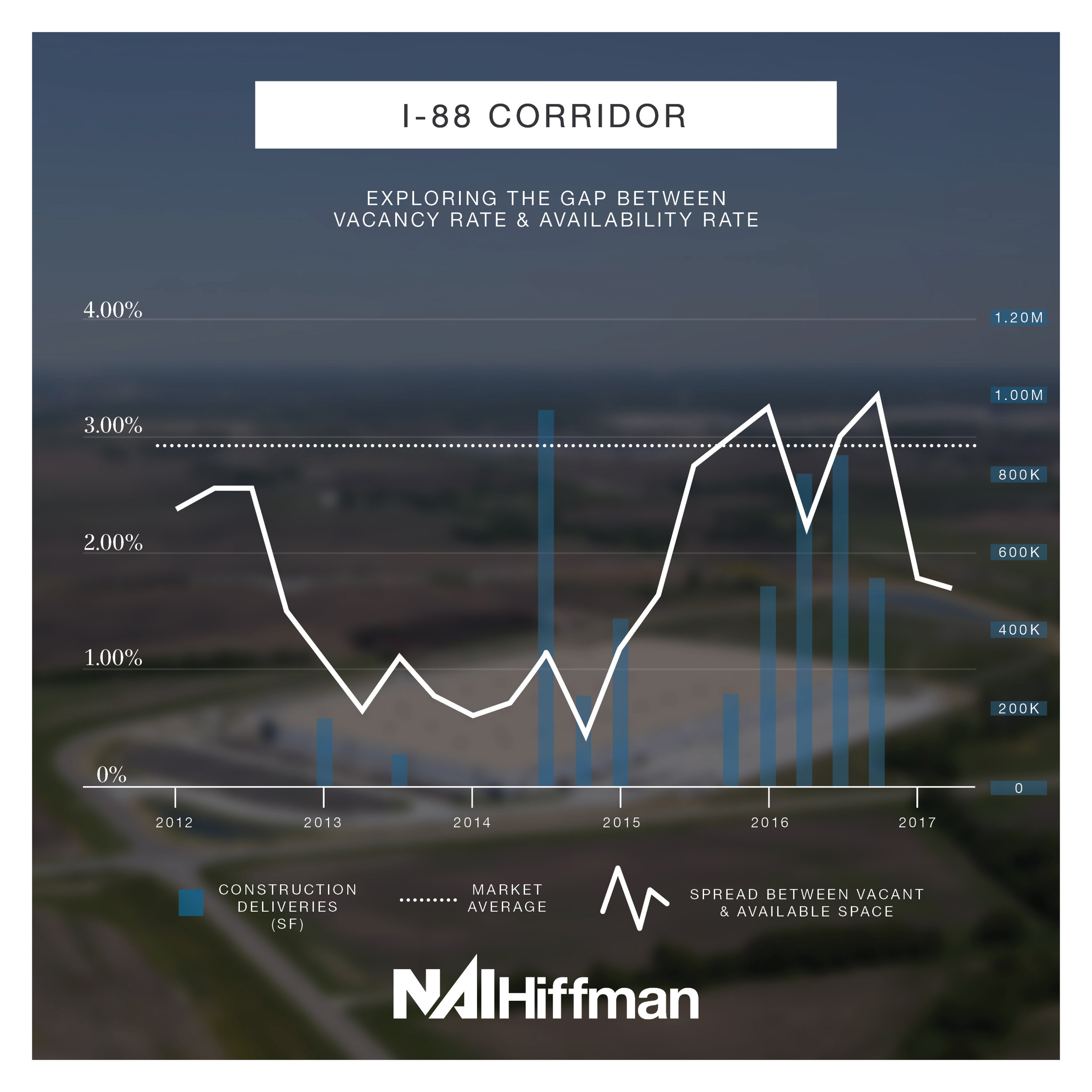