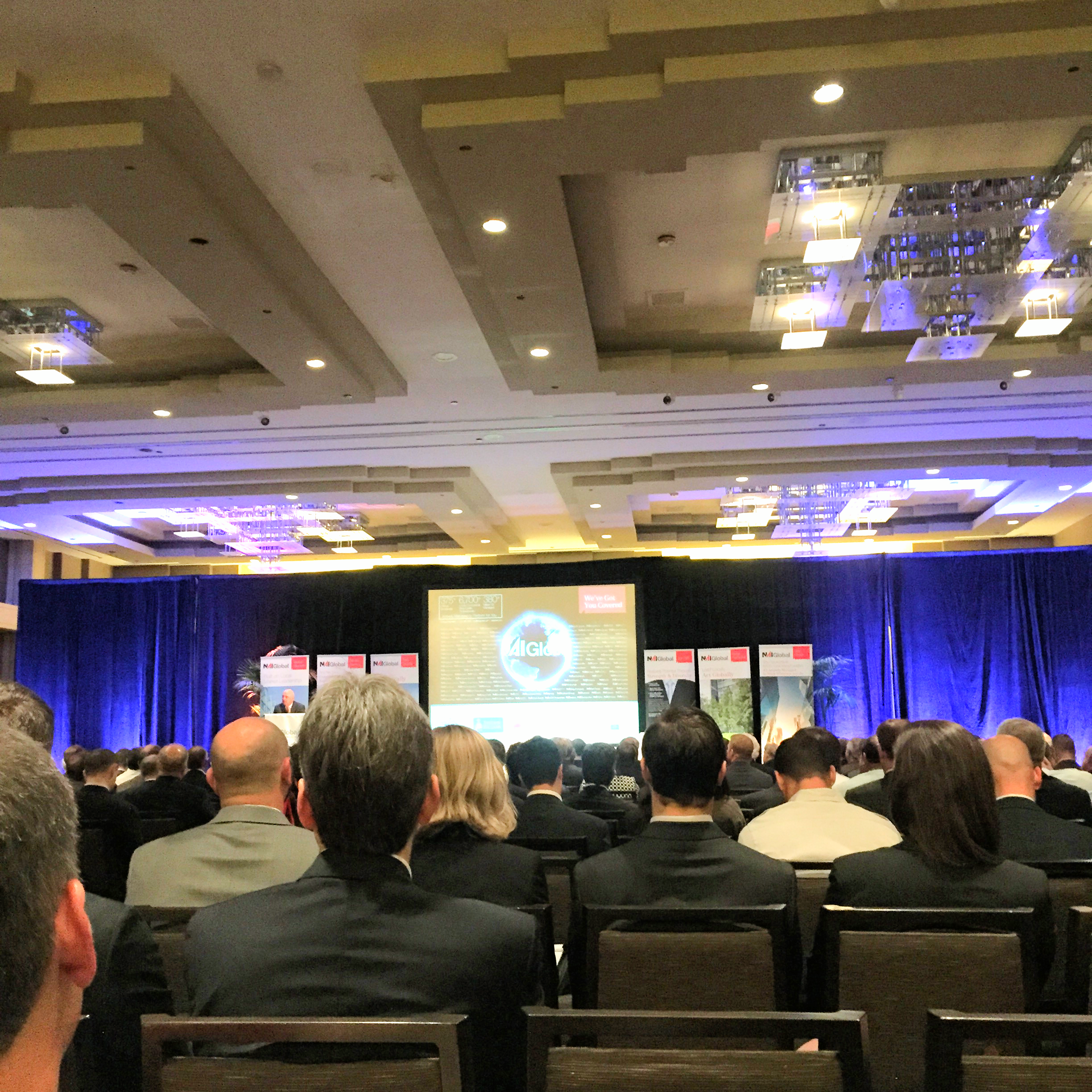 Here is the list of the Top Ten Quotes/Insights:

10. The US in the early phase of recovery which is taking a little longer than average post WWII recovery.  “Things feel good now, compared to 2007 when it was great.”  Peter Linneman.

9. US past success in economic recoveries has been based on growth but our current growth is actually a redistribution of wealth. This source of growth needs to be reversed. US corporations have more cash on the balance sheets today and these companies are increasing expenses on lobbyists as a response to increased regulations. This type of corporate investment does not make sense for the US economy.

8. The US dollar is doing better in the recovery than most of the world as foreign currencies are down. To paraphrase the colorful Sam Zell analogy “The US is best player on the worst baseball team in the league.”

7. The anticipated shifting of the political landscape provides a glimmer of hope. The currently appointed fed’s policy of intervention will shift to less interventions over the next couple of years. We elected “a radical with a different perspective who is an ideologue. A real estate developer would make a better president than an ideologue as a developer knows how to negotiate and transact to get the deal done. We need to elect a president in 2016 that embraces the free market.” Sam Zell

5. The relationship of supply and demand will tip the real estate market according to Linneman, who predicts 3 more years to go in this cycle. Zell questions if we know our tipping point as a global influence such as Greece, ISIS, Iran, Ukraine, etc. could make an impact.

4. Technology companies are and have been a big demand driver. Current balance sheets of such companies are improved from 2000 but not great. Zell cautions that tech companies are thriving on the availability of capital used to cover expenses.  “If the credit of the tenant is still zero, you shouldn’t sleep at night.” Sam Zell

3. The evolving use of technology will continue to bring about underestimated changes. “The impact of artificial intelligence is moving exponentially…”  Future consumers will no longer be placing orders at a McDonald’s drive thru with a person but through a computer.  Additionally, “the use of algorithms replacing white collar workers and the impact on real estate is underestimated.” Sam Zell

2. The single biggest demographic shift is the deferment of marriage by millennials. Historically the US economy benefited from young married couples who bought houses in the suburbs, bought diapers, etc. The economic impact of delayed marriage and the start of families is causing major cities to become denser. Gentrification in these cities has shifted from 40% to 80%, forcing a generation of low income residents to move to the suburbs. Concern is growing as these suburban communities are not equipped to deal with this influx and the associated issues.

1. Predictions for Chicago’s future within the next 2-4 years is largely dependent how the city responds to and resolves its current financial challenges. From a real estate perspective, there is unlimited land in Chicago with no barriers to entry. The new supply of office space is “stealing tenants” from existing buildings. The city still needs tenants of significant size for growth. The prediction for US real estate is three more years of rent and occupancy growth. Supply is still lagging and there is a lot of debt capital flowing. An increase in interest rates could cause pain but pain is important. If you are in the market long-term, it’s a good time to buy. If you are a flipper, it’s a dangerous time. Zell recommends selling anything that is not a high quality asset.