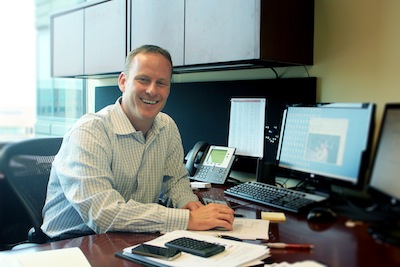 NAI Hiffman EVP Jim Adler is leasing up Class-B properties across the East-West Corridor, so we thought he’d be perfect for Bisnow’s June 25 event, Death of the Suburbs? Not so Fast. A 17-year vet of suburban office, Jim primarily reps landlords, along with some tenant rep work and land sales. He says the ‘burbs have come a long way in four years. Class-A has leased up, as expected in any recovery, and Class-B progress is keeping him optimistic. Evidence: The Crossings in Oak Brook is 93% leased and the Corporetum Campus in Lisle is 92% leased. Jim’s also tracking over 75 tenants in the submarket with requirements totaling over 1.5M SF; though they’re not all new, much of that absorption will be positive, he says. 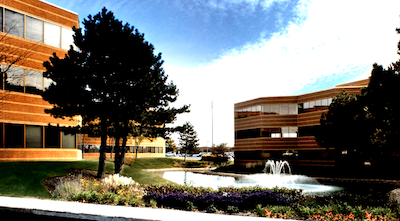 But it’s still expensive to relocate. Jim sees landlords positioning their spaces as ready to lease, adding an additional TI allowance to pay for the move (plus tenants can use a portion of that on furniture, phones, and equipment). A recent trend in the East-West: healthcare companies arriving due to location-based state contracts they were awarded to service Medicare and Medicaid. (Cali-based Molina Healthcare just entered the market, leasing 37k SF at The Crossings after gaining a state contract.) This summer, Jim’s off to Galena for some swimming, hiking, and fishing with his four kids under age eight. (Good luck, brave soul.)