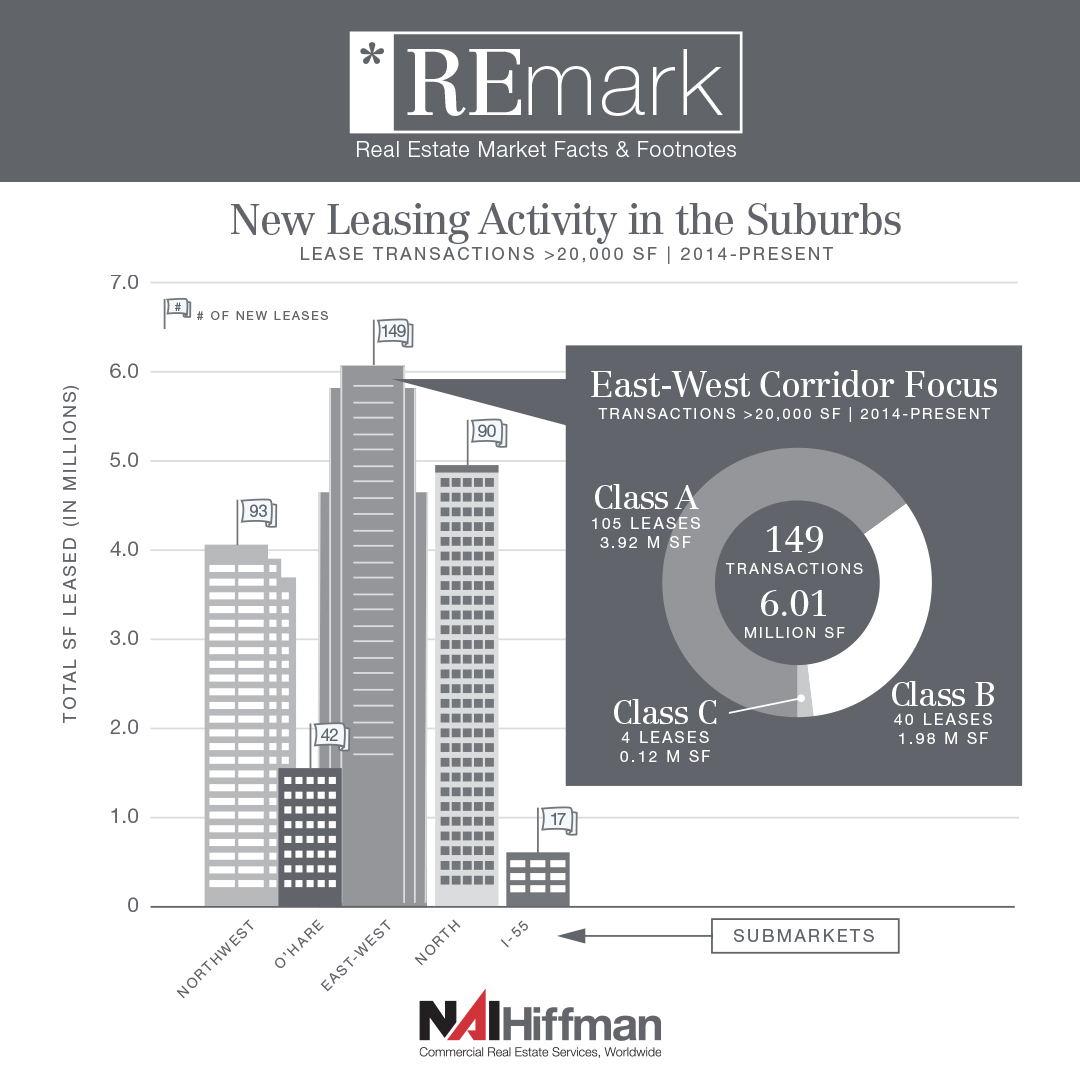 Despite reports of companies relocating to the Central Business District (CBD), new leasing activity for large blocks of space (greater than 20,000 square feet) have remained strong in the Chicago suburban market over the last five years. In fact, large leasing activity has increased every year in the East-West Corridor and O’Hare submarkets. While leases in this size range peaked in 2015 for both the North and Northwest markets, activity in the Northwest submarket appears to have stabilized in the last few years and is on pace to duplicate the average square footage experienced in 2016 – 2018. Additionally, nearly 30 new leases greater than 100,000 square feet were signed in the suburban market since 2014, including Caterpillar, Houghton Mifflin Harcourt Company, Amita Health Medical Group, ALDI U.S., U.S. Cellular Corporation, and Paylocity; signaling that the suburban market remains a viable option for companies seeking to relocate a considerable footprint.

We invite you to click the image above to download our complete REmark for all of our observations. For more information contact NAI Hiffman’s Director of Research, Amanda Ortiz at 630 693 0645 or aortiz@hiffman.com.