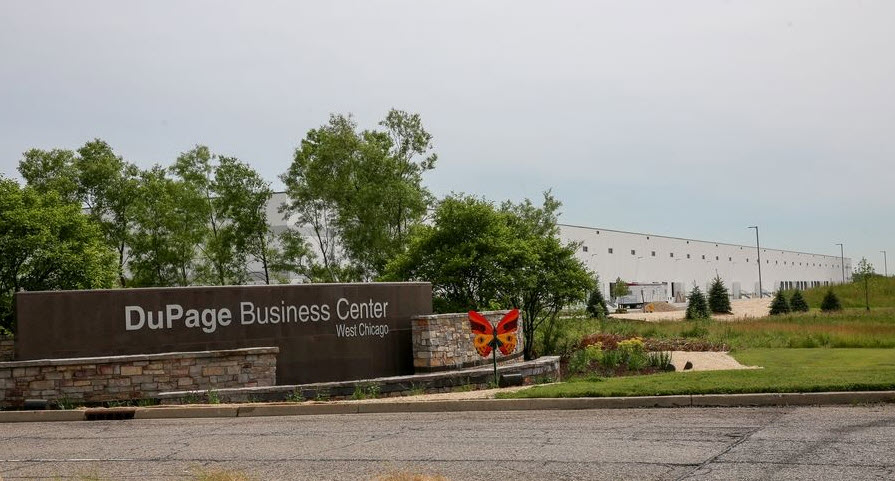 A growing number of projects are coming to a business park in West Chicago that long struggled to attract tenants.

Oak Brook-based Midwest Industrial Funds recently broke ground on a roughly 300,000-square-foot building in the DuPage Business Center south of Roosevelt Road. When it’s completed in the fall, the facility will be suitable for distribution, assembly and manufacturing uses.

“We were attracted to the centralized DuPage County location, the high-quality existing business park, and the strong and diverse nearby labor force,” Justin Fierz, a principal with Midwest Industrial Funds, said in a statement.

It’s one of seven projects that are under construction or planned for the 800-acre business park, which is owned by the DuPage Airport Authority.

“I can’t tell you how excited we are with the progress that’s been made,” said Stephen Davis, chairman of the DuPage Airport Authority Board.

Originally dubbed the DuPage National Technology Park, the site was envisioned for high-tech businesses. State officials had so much faith in the plan that the Department of Commerce and Economic Opportunity awarded a $34 million grant for roads, utilities and landscaping.

But the property remained largely vacant for years. Davis said several factors, including the recession, “made it very difficult for us to get anything going there.”

That changed when the airport formed a partnership with West Chicago and NAI Hiffman, the commercial real estate firm marketing the business center.

With a good team and a stronger economy, Davis said, “amazing things have happened.”

Three of the projects were announced last fall, including a 782,000-square-foot building that’s being constructed near the intersection of Technology Boulevard and Fabyan Parkway.

That building, expected to be completed next month, will be occupied by Suncast Corp. The Batavia-based company, which manufactures custom wood structures and resin products, plans to replace a warehouse in Montgomery with the warehouse, distribution and showroom facility.

The other projects announced last fall are for Norix Group, Inc. and Greco and Sons, Inc.

Norix Group, which makes commercial furniture, decided to stay in West Chicago and construct a 200,000-square-foot global headquarters. Greco and Sons, an Italian foods distribution company based in Bartlett, plans to build a food processing and warehouse center.

Last week, airport officials revealed that Scannell Properties is planning to construct a 250,000-square-foot warehouse and distribution building. The Indianpolis-based real estate developer already has purchased roughly 21 acres with the option to acquire an additional 18.

Two other yet-to-be-named projects also are planned. One would be a warehouse and distribution facility on 25 acres; the other would be a distribution center on nearly 24 acres.

Since last July, nearly 147 acres of the business park’s roughly 450 buildable acres have been sold. In addition, roughly 124 acres are under contract or under option.

Revenue stemming from the transactions is allocated toward FAA-mandated upgrades at the airport.

“These funds will be used to keep it a world-class airport,” Davis said.

In addition, Davis said the facilities planned for the business park are projected to create more than 1,000 permanent jobs.

“I’m really pleased that we can help spur economic growth,” Davis said, “because the whole county benefits when we’re able to do that.”